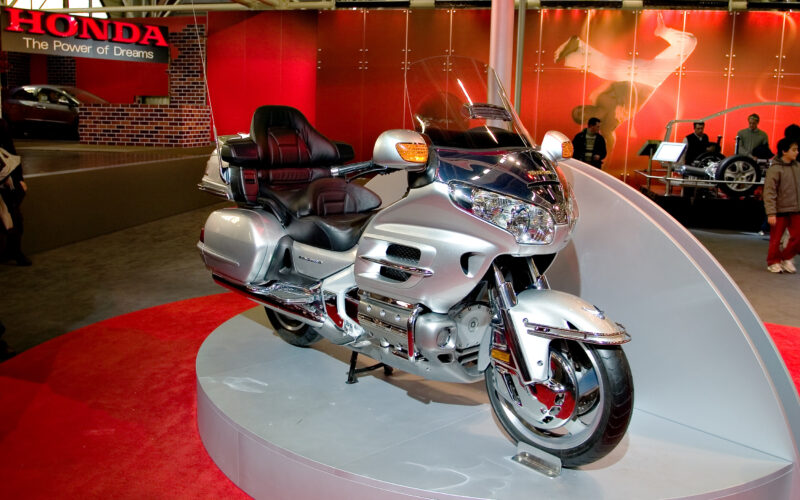 The Honda Gold Wing (colloquially Goldwing or GoldWing) is a series of touring motorcycles manufactured by Honda. It was introduced at the Cologne Motorcycle Show in October 1974,[5] and went on to become a popular model in North America, Western Europe and Australia, as well as Japan. Total sales are more than 640,000 “Wings,” most of them in the U.S. market.[6][7]
The Society of Automotive Engineers of Japan (Japanese) includes a Honda Gold Wing GL1000 manufactured in 1974 as one of their 240 Landmarks of Japanese Automotive Technology.[8] Through 2012, Honda GL models have appeared eighteen times in the Cycle World list of Ten Best bikes.[9]